For this prompt, I’m going to show you some photos taken the a ceremony held in Derby on September 3rd, 2009, to mark the 70th anniversary of the start of World War Two, when wreaths were laid at the war memorial in the market square.  I have already drawn on this event last week, from a different standpoint – it was a very simple, very respectful, and very moving occasion.  I witnessed it purely fortuitously – I just happened to be in the city centre at the time.  This underlines the maxim: Carry your camera – always.  So first, I’ll just illustrate the ceremony: 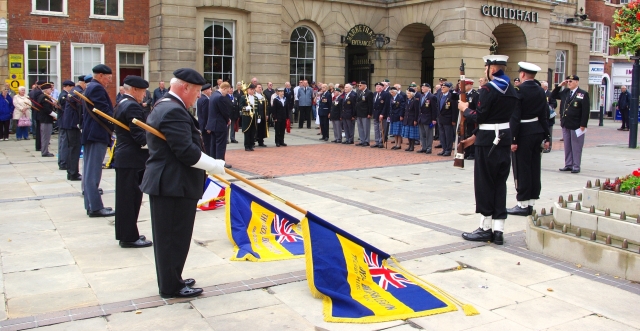 Now let’s have a look at the face of the standard bearer as he remembers the fallen: 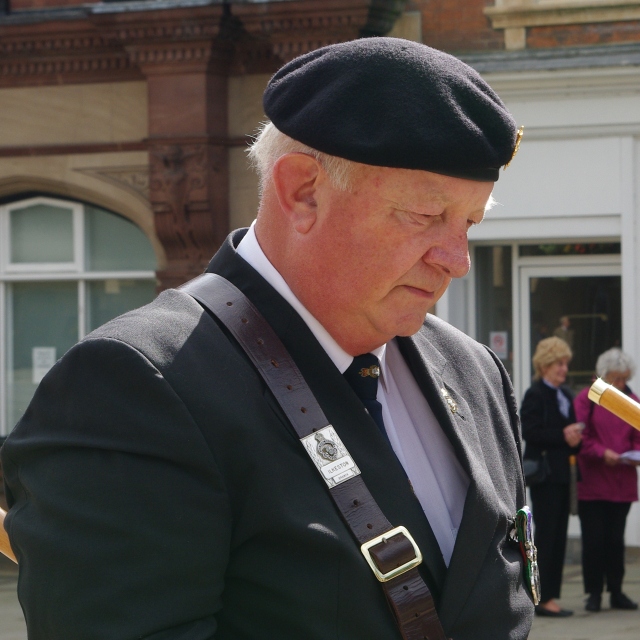 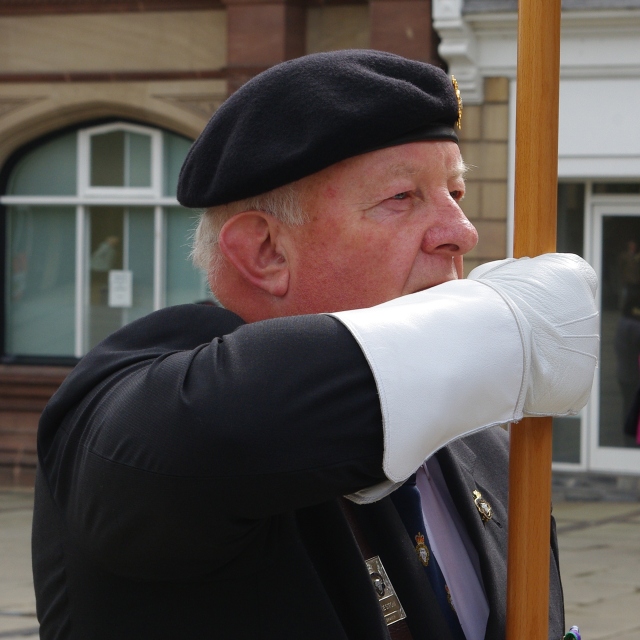 Now see the solemn respect in the mien of this young sea cadet, who hasn’t known war for himself directly: 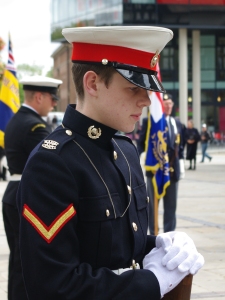 On that day, however, the square was not entirely filled with sadness.  These four veterans had time for a picture, a chat, and, despite some grim memories, a laugh! 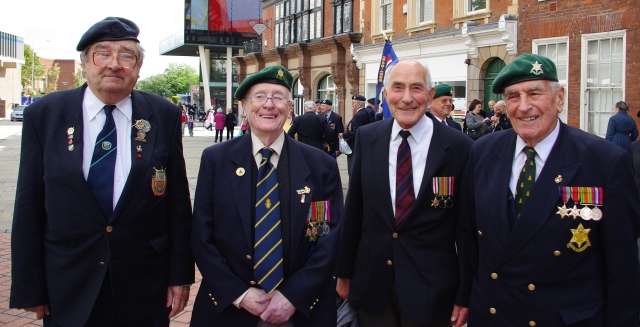 This entry was posted in The Gallery and tagged ceremony, faces, ww2. Bookmark the permalink.